Here is one of the few videos I’ve seen of Buddy playing in a trio setting. This one was at the Berlin Jazz Festival from the mid 1980s. It was during a section of the big band concert where they were showcasing the smaller trio. Playing with Buddy are Bill Cunliff on piano and the late Dave Carpenter on bass. They absolutely kill this version of “If I Were a Bell.”

Drumming Analysis: One of the musical attributes I love about Buddy is his superb ability to support as well as solo. During the start of Cunliff’s solo, Buddy lays down a simple yet beautiful swing ride beat with just a cross stick on beat four. On the second chorus of Cunliff’s solo, Buddy adds in the hi-hats on two and four and comps on the snare drum, perfectly supporting and building with the pianist. Buddy supports Carpenter’s bass solo nicely and then he trades some really musical eights with Cunliff.

I really dig how much fun Buddy looks like he is having while playing this tune. There are a few moments where it seems like buddy is channelling his inner-kid–most notably at 0:43. Another notable moment is Buddy’s signautre one handed roll at 5:18. Enjoy!

Here’s a challenging drumming independence exercise that also sounds musical. It’s a sixteenth note paradiddle between the snare and kick drum where the right hand is replaced by the kick drum – KLKKLKLL – That frees the right hand–which is playing every third sixteenth note on the cymbal stack. The icing on the cake is adding eighth notes with the hi-hat pedal. However, since the pattern is rather busy I decided not to include the hi-hat foot in the notation.

I’ve been working on a series of 3-16 grooves drum lesson videos. 3-16 simply refers to a grouping of three 16th notes. So for example, if we play continuous 16th notes in 4/4 time and accent every third sixteenth note we get an underlying pulse or phrase that resolves itself every three measures. This video demonstrates that idea by accenting every third 16th note on the high hat while keeping an underlying basic rock beat. Try counting out loud when practicing these exercises so you can hear the three note pattern in relationship to the time in four. The accents will always fall in this order: “downbeat”, “a”, “&”, “e” creating an over the bar line 3 measure phrase. This video is a great introduction for this type of playing. Download Lesson PDF

Thanks to the Vic Firth family for getting me to NAMM 2016! Here are some pictures of my experience from the show. 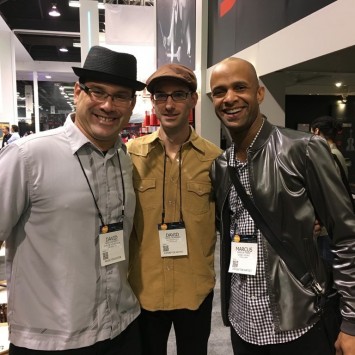 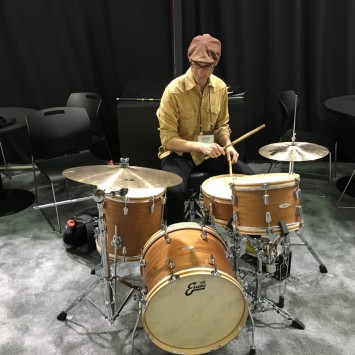 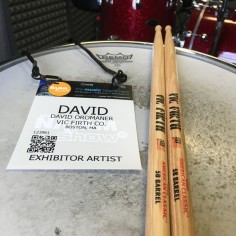 Getting ready to teach a block of lessons during NAMM 2016 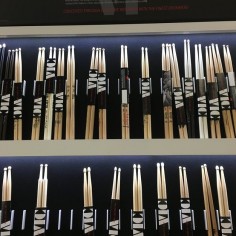 VF sticks get a new sleeve for NAMM 2016 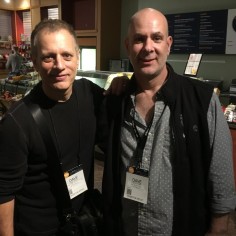 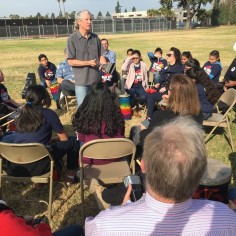 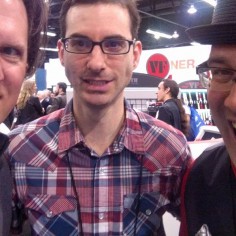 Outside Pedestrian at NAMM 2016 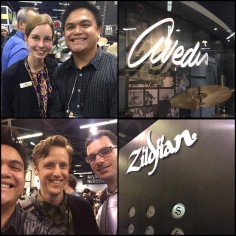 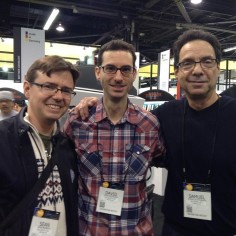 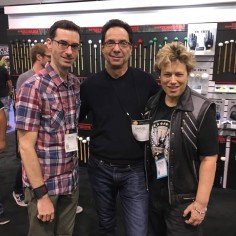 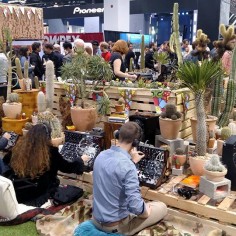